Who says you’re too old to have fun? 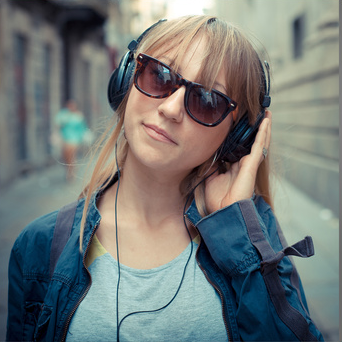 Nothing spells “relief” more than getting on a plane in NYC where it is 12 degrees and getting off that same plane in Florida where it is 82 degrees! So was the cure for the majority of Cruisers on the STI VALENTINES EPIC CRUISE for singles over 50. Some were lucky enough to live in Florida but the majority came from the Northeast where we have been experiencing one of the coldest Winters in recent memory, so this was a slice of heaven for many….just one of the many perks of traveling with STI!

We started out with our Pre-Cruise Party in South Beach Miami, at an STI Happy Hour in the Park Central Hotel, located just outside the hustle and bustle of Ocean Drive. 24 pre-cruisers had drinks and got acquainted before we headed out for a great dinner at Havana 1957. We sat outside in the warm air, entertained by roaming guitar players and enjoyed some fabulous food! Of course, no night would be complete in South Beach without a visit to the one and only Mango’s Café, where the Salsa music is flowing and the waitresses and bartenders dance on the bar.

The next morning, we had a complimentary breakfast at the Park Central Café before heading off to the Miami Cruise Docks to embark on the NCL Epic. The Epic is known for it’s special solo studio cabins in the middle of decks 11 and 12. The majority of our group stayed in these cabins and enjoyed them immensely as well as their own private studio lounge equipped with 2 LCD TV’s, coffee, cookies, water, a bar and plenty of room to hold a party! The ship is unique and offers 2 special shows during the cruise, The Blue Man Group, and Legends in Concert. On this tour we were entertained by Legends Elvis Presley, Katy Perry and believe it or not, Steven Tyler! On another night we hit the Ice Bar. Now some elected not to go back into the 17 degree temperatures, but at least 21 of us could not resist. Coats and mittens were provided.

Dancing was a big part of our cruise, as always. We got a lot of practice in the Bliss Lounge every night, enjoyed dancing under the stars at H20 Spice for the Hot Dress in White Party, and of course, rehearsed and performed our signature FLASH MOB on the pool deck. We had 25 STI Dance Academy performers, but ship cruisers soon joined in to fill the dance floor, and our MOB soon grew to over 50!

Now of course, being the performers that we are, no cruise would be complete without theme parties, and we had some good ones. Pirates of the Caribbean, 70’s Disco Fever, and Valentine’s Day Parties! Whooo Hoooo! Everyone enjoyed dressing up and playing the parts! During sea day’s, we enjoyed pool and hot tub parties, played Beatles Name that Tune, TV Theme Trivia, and enjoyed lunch at the Taste Restaurant.

Now I feel like I am leaving something out here???….Oh yeah….The Ports! The icing on the cake on this cruise was certainly the fabulous destinations we went to – Ocho Rios, Costa Maya, and Cozumel! While many went on our special Shoretrips excursions and had a blast, others went shopping at each port, or went to the fabulous beaches, and we would all meet up at a central meeting point after. In Ocho Rios, it was Marguaritaville, and in Costa Maya, and Cozumel, it was Senor Frogs. We all had lunch there while we each were treated to the famous Senor Frogs Balloon Hats.

But alas, every great trip must come to an end, and we did our final farewell party up big time in the Studio Lounge! Many brought bottles of wine and we reminisced and talked about a future reunion cruise! I don’t think any of us from the Northeast were looking forward to going back to the Tundra! This was a great and fun group! The great feeling of being able to hang out, and travel with other active singles reverberated throughout. We bonded, and shared some nice memories to keep us warm for the rest of the Winter.

FYI – STI feature the Norwegian Epic on many of our departures and commends them for building ships with cabins for solo cruisers!