How to Plan for the Best New Years Eve 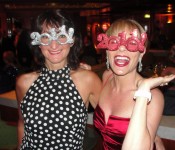 You’re probably thinking “Are you crazy?” I don’t even know what I’m doing next weekend. Or, maybe a twinge of guilt washes over you as you recall last year’s, long forgotten resolutions.

Just because you didn’t make good is no reason to avoid this light hearted holiday that is pure fun and shouldn’t be taken seriously. Even though it’s still seems far away, there are many good reasons for making your plans now and no good reason for waiting. First of all, you’ll have something exciting to look forward to doing, what a terrific topic of conversation at all of the events you attend, you’ll have plenty of time to convince your friends to join you, you’ll get the best deals and you may even pay for your holiday plans over time. The best part is that, by the time New Years Eve rolls around, you’ll be all set.

Even though the economy is slumbering along, New Years travel is always popular and at premium prices. Waiting until the last minute will not net you the same deals that abound in other “off” seasons. Any discount space will have been scooped up by the early birds. Yes, many people do plan their next New Years Eve vacation immediately upon returning home from the current trip.

If you’ve never gone away for New Years Eve, you don’t know what you’re missing. The weather is generally better than where you live, no planning required once you’ve made your reservation, you won’t be worried about transportation and finding a designated driver because you’ll be within a taxi drive away or onboard a ship. Best of all, you’ll meet so many new people.

Making plans is easy if you start now rather than wait until December. Some great New Years Eve cities areNew York, Miami, New Orleans and Las Vegas. Better yet, consider a singles cruise where you’ll be welcomed immediately into a group and there’ll be no time wasted searching for other singles. Almost every singles travel company offers a New Years Eve cruise; just do a search online for “New Years Eve Singles Cruise”.

Ladies, we’ve all read “He’s Just Not That Into You”, so you know better than to sit around and wait. Guys, this is not a commitment. In fact, most vacations may be changed or cancelled a couple months before departure with no penalty at all. If you do find someone special in the meantime, you may find that including them in your vacation plans is an even better idea.

So many of us wait until the last minute and end up not doing anything. You have nothing to lose by planning early. Picture yourself this New Years Eve surrounded by hundreds of other singles who had the sense to make their plans early and who are having the time of their lives, eating, drinking, dancing, shopping, sightseeing, falling in love and of course, making resolutions! Now go make your plans.