As they say….you don’t choose Alaska, Alaska chooses you. And this was true for our mighty 50+ Single Travelers. You see, there are many documentaries, reality shows and TV shows written about Alaska, but nothing beats actually seeing the real thing. Our Singles Travel International members had the opportunity to experience the breathtaking natural landscapes, the mystique of the wildlife and the grandness that the 49th state has to offer.  They don’t call this the “Last Frontier” for nothing. We came to Alaska for wildlife, and what we got was so much more. Our Alaskan journey included wildlife, adventure, great food, new friends and fulfilled dreams 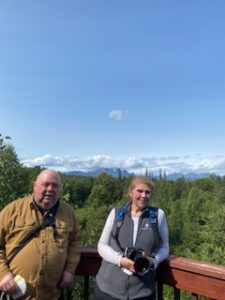 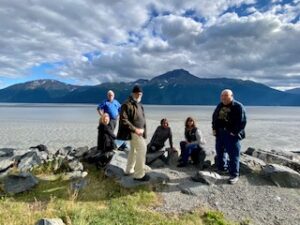 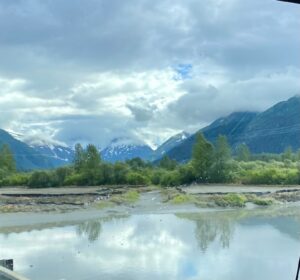 Our 50+ Singles had an opportunity to see Alaska by land, sea and air. By land, our “reverse clown car”, the name I gave our full-sized coach for 6 people, took us through-out much of the rail belt. From Anchorage, down to Seward, up to Alyeska, to Talkeenta, train to Denali, and back to Anchorage. It was a world wind tour full of wonder and awe. 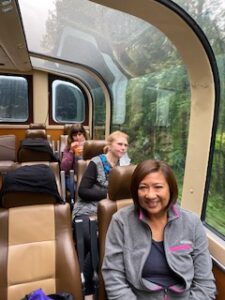 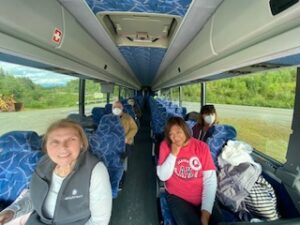 Nothing but the best for our Premium Singles Travel International members. We took a Kenai Fjords National Park cruise to look for whales and other wildlife. The cold, rainy air didn’t stop us from seeing humpback whales, sea lions, sea otters, bald eagles, ptarmigan, and other native Alaskan birds. The Kenai Fjords are also famous for their large luminous blue glaciers. We stopped at Aialik Glacier, which drains from the Harding Ice Field (a 700 sq mile ice field). Wonder why a glacier is blue? Ask any of the adventurous 50+ Singles that went to Alaska – they’ll know the answer. 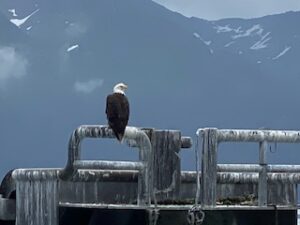 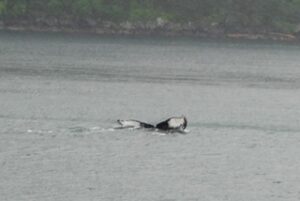 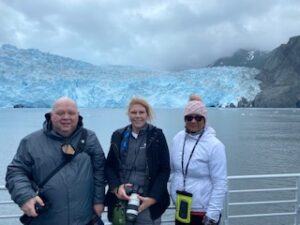 A few experienced Alaska by air AND landed on a glacier. Two brave souls flew in a helicopter to land on an ice-cold refreshing glacier. Earlier in the week, they saw glaciers from the land and sea, a few days later they LANDED on one. How cool is that? It was an experience of a lifetime for these Singles Travel International Premium members. 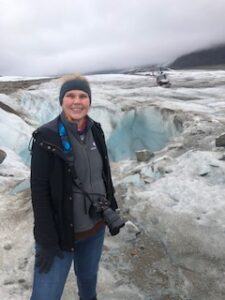 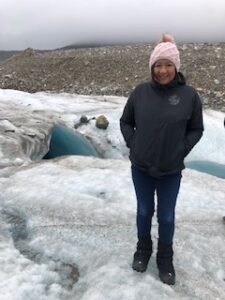 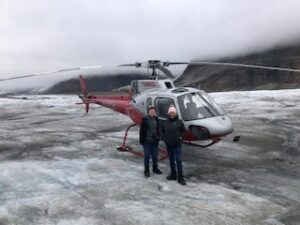 Singles Travel 50+ Singles are adventurers. And this trip was no different. One took a float plane to Redoubt Bay to watch bears in their natural habitat. One member went fishing TWICE. One trip was on a float plane to fish for salmon. He brought home 25 lbs of fresh salmon as a souvenir. He then decided he couldn’t leave without flyfishing for Alaskan Grayling. Many of the Single Travelers played with Iditarod puppies and experienced the thrill of a Sled Dog ride. These same members also did a Jetboat ride along the Susitna River and hiked to a Trapper’s Cabin to see how the old timers lived. They also braved a cold Alaskan river while floating along the Nenana River. And what’s a better way to photograph a moose and her baby? Take an adventurous Jeep Excursion on a remote dirt road, like one of our thrill-seeking members did outside of Denali. Fun was had by all! 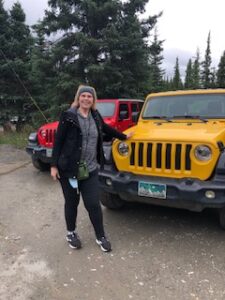 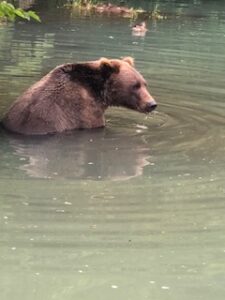 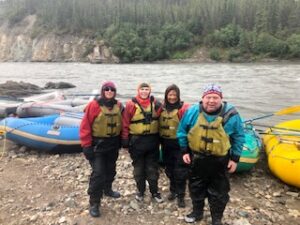 The small towns we visited were all different, quaint, and quite quirky.

Seward is home to almost 2,800 residents. That number goes up significantly during the summer season. Seward is home of the Mt Marathon race. This race is over 3 miles STRAIGHT UP 3,000 ft. The fastest one up and down wins. There is no path, just rocks, trees, sand, and bushes. It all started a LONG time ago, when two sourdoughs (old guys) were drinking in a bar and dared each other to run up THAT mountain in under 60 minutes. They sobered up and did the race in just OVER 60 minutes, and a long-time race was born. We didn’t run, walk, or ride up the mountain. Just looking at it was enough to tire us out.

Alyeska is famous for being the only ski resort that starts at sea level – with a summit of almost 4,000 vertical feet. That is one steep mountain. The tram took us to the top for amazing cloud filled views. Lunch is so much better at 4,000 feet.

Before the Singles Travel International members boarded the train to Denali, we had an hour in Talkeetna. Talkeetna is famous for their current mayor, Denali the cat and their previous mayor, Stubbs who presided over Talkeetna for 20 years. The TV show, Northern Exposure, is loosely based on the town of Talkeetna. All Denali climbers must check into the Visitor’s Center in Talkeetna before they try to ascend the tallest mountain in North America, Denali at 20,310’.  It’s cute, it’s quaint, it’s quirky. 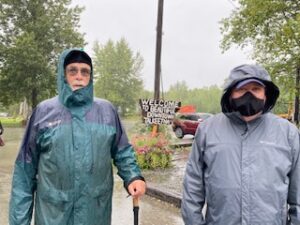 SCORE! Denali was where the members saw the most land animals. On their Denali National Park tour, they saw caribou, bears, dahl sheep, ptarmigan, ground squirrels and other small birds and land creatures.

And last but not least, the food and drink in Alaska is amazing. Many of our daring 50+ Singles ate king crab, salmon, halibut and fresh steaks, all Alaska sourced. One Premium member made it her mission to eat seafood EVERY day. I think she may have even had seafood twice a day a few times. Our private, VIP Denali Brewing Co. tour was one of a kind in Alaska. They are the only brewing company that brews beer, bottles wine, and distills alcohol. The owner, Sassan, tapped a keg of rye and a few brave (crazy) guys tried the 120-proof rye. Rye Yi Yi! 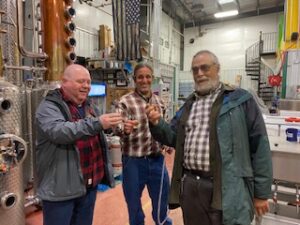 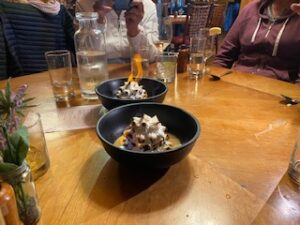 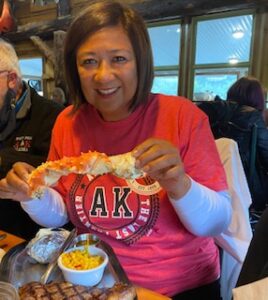