Fusterlandia:  (Fantasyland) Where Art is Alive and Well in Cuba

Our tour bus meandered into a sleepy little seaside town on Day Two in the port of Havana that really didn’t look like much. People on the tour were chatting amongst themselves. Then they started to see colorfully tiled walls out the windows and the chatter subsided. It was as if we all were sprinkled with an enchanting fairy dust. We sat straight up, our eyes were open to the beauty of one inspired artist and his hope to revitalize the village he lived in.

We stepped off the bus as hundreds of tourists do every day now in Jaimanitas, thanks to the People-to-People program fostering understanding between the United States and Cuba. It feels so good to be a part of their success. The people were friendly and happy to see us. A few homes had set up gift shops filled with hand-crafted items. My favorites were wind chimes made with fishing line and vintage silverware.

Fuster has made a major contribution over 10 years of work of rebuilding and decorating the fishing town of Jaimanitas in the outskirts of Havana, where he lives. Jaimanitas is now a unique work of public art where Fuster has decorated over 80 houses with ornate murals and domes to suit the personality of his neighbors. He has built a chess park with giant boards and tables, The Artists’ Wall composed of a quilt of dozens of tiles signed and donated by other Cuban artists, a theatre and public swimming pools.

Nowadays, Fuster’s art is a cherished part of Cuban culture and joins the rank of other public artworks such as that of Gaudi in Barcelona or that of Brâncuși in the Romanian city of Targu Jiu. He sponsors this project by the sale of his paintings and ceramics.  Fuster has been quoted as saying, “This project is not only about my house. It’s about my neighbor’s houses. My neighbors are great people.”

This is just another fine example of the spirit of the people of Cuba. The group was mesmerized by the work and I don’t think a person returned to the bus with less than 100 new photos in their camera.

Here are a few of my favorite shots of Jaimanitas. Enjoy!

Curious about Cuba? Join us in February 2018. 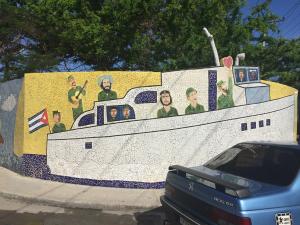 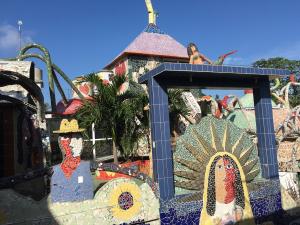 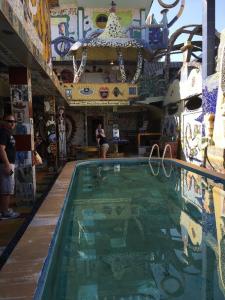 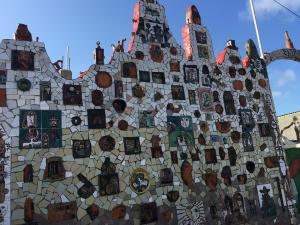 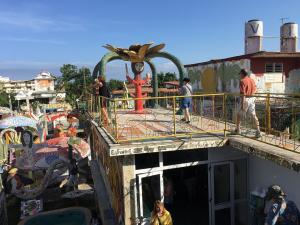